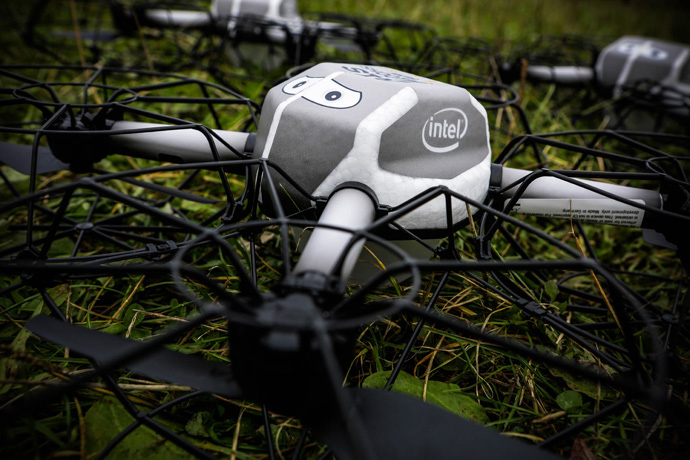 The spectacular floating lights were Intel’s Shooting Star drones. Three hundred of them soared into the sky at Super Bowl halftime, forming to create several designs including an American flag, a Pepsi logo, and Intel’s logo. Check out the video here.

According to Intel, the software that orchestrates the show works by first analyzing a reference image, then uses proprietary algorithms to automate drone placement and lighting to create an animation in the sky.

The artistic potential in using drones this way is enormous – it’s very likely that we will see similar feats in the future.