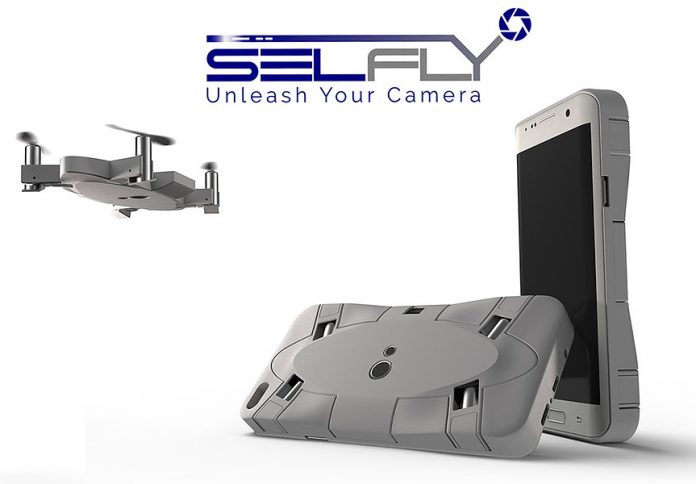 A new Kickstarter campaign was launched last week for the SELFLY Camera. The SELFLY is an autonomous flying phone case camera – or rather, a selfie drone. That’s right – it doubles as a small camera equipped drone and a phone case. When you want to use it, the drone pops out of the case and is ready for action. With the camera drone attached, the case is only 9mm thick, allowing it to fit comfortably inside your pocket.

The SELFLY is essentially a very small quadcopter UAV that takes off and lands autonomously. It is controlled through your phone via simple hand gestures and, unlike most drones of the past, is capable of stable hovering – making it very easy to control and capture smooth video and precisely timed photographs.

The Kickstarter campaign also states that the SELFLY is equipped with several more autonomous features – including face and smile recognition, sweeping panoramic shots, and the ability to follow movement.

Check out the Kickstarter campaign here!

How To Start A Drone Photography Business