What is a UAV?

A UAV is an unmanned aerial vehicle piloted by remote control. Unlike traditional aircraft, these carry no on board crew or passengers. UAVs are also commonly referred to as drones, the two terms have become interchangeable in recent years.

UAVs are generally divided into 6 categories: Target and decoy, Reconnaissance, Combat, Logistics, Research and development, and Civil and commercial. The hobbyist and prosumer drones that we have grown to love are classified as civil and commercial UAVs.

Up until around 2010, UAV development was reserved primarily for military use. Over the last decade, however, UAVs have become prevalent in enterprise data collection, aerial photography, and more recently – with consumer drone hobbyists.

Today, UAV drones have expanded far beyond the military, blossoming into a multi-billion dollar consumer industry. Drone developers have recently aimed their targets at the infinite money-pile that is Hollywood, and created drones specifically for video production. These professional cinematography UAVs are capable of mounting and lifting heavy, expensive Hollywood cameras from ARRI and RED – the industry standards in film and TV production. Cinematography UAVs have eliminated the need for extremely expensive helicopter and crane rentals, revolutionizing the film industry.

Consumer drones have really taken off too. 2016 saw camera equipped drones hit the market for under $100.  What a time to be alive — even kids are flying drones!

Check out our timeline of the evolution of the unmanned aerial vehicle, and follow along as they transform from rudimentary war machines to the camera-equipped quadcopters we fly at home!

2006 – UAVs permitted in US civilian airspace. 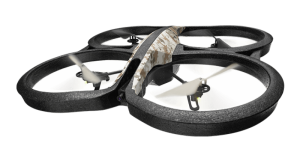 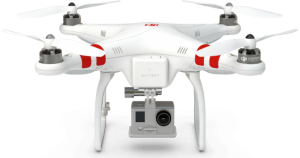 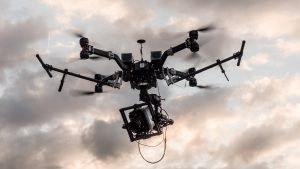 The UAV world still continues to change – and at a much faster pace than ever before. As technology advances, the capabilities and possibilities of drones will expand significantly. Recent months have seen the SELFLY drone camera case and the bee drone UAV take flight. Innovation is everywhere, and the sky is truly the limit.

The future looks bright for the UAV, we hope you’re as excited as we are to see what’s in store!