Drone technology is improving by the day. Constant advancements in technology make the newest drones a must have item. The Waterproof drone is a recent tech achievement that is becoming more common in the UAV market. This list will go through the best waterproof drones you can get right now, based on features, specifications, and value. Be advised this list only covers waterproof drones not water resistant ones.

JJRC drones are a fantastic entry level brand. They create very high quality machines for very reasonable prices. The H31 is no exception. At an incredibly reasonable price of $50 you get a completely waterproof drone, 2 MB photo and video recording from the onboard camera, 10 minutes of flight time and an 80 metre range. You will not get a better waterproof drone for the price, and some drones that cost a lot more don’t come close to the features that the H31 offers. If you are working on a budget and want a good quality waterproof drone, then the H31 will give you everything you need and more. 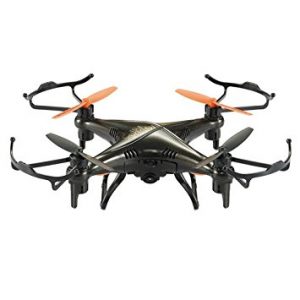 At first glance the F51C would appear to be inferior to the JJRC H31. With a flight time of 8 minutes, a 2MB camera capable of photos or video and a range of between 50 and 80 metres it is within touching distance of the H31. There is one aspect however where it heads forward right at the finishing line. The F51C is capable of recording video and taking photos while it is underwater. This extra touch gives the F51C just enough to make it slightly better than the H31. The areas where it is lacking in comparison are close enough to not be noticed, and the extra feature is good enough to make it worth the extra cost. If recording underwater is your gig, then the F51C will do a perfect job. 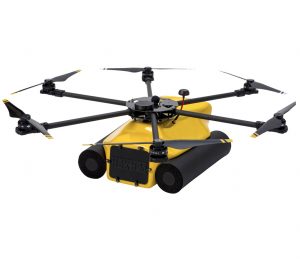 QUADH2O have been creating high quality drones for a while now. Not just drones to fly around your garden either. These are professional quality drones that could easily be used on a professional film set for a complex scene. High quality epoxy resin is used to make the QUADH20, that is both strong and lightweight. With 10 minutes of flight time and a frankly mind blowing 1000 metre range the specifications on this drone are enough for any drone enthusiast. With an internal camera by Sony and a 1000 x 600 LCD screen on the transmitter you can photograph and record anything. As well as this there is even room for a GoPro camera too! The price is quite hefty at over $2000 but if you want a professional drone that can provide you with serious range and the ability to record high quality images in almost any situation then the QUADH2O is the drone for you. 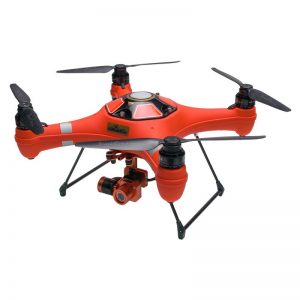 The SPLASH DRONE is unique so far in the list in that is has an actual certification to back up its waterproof claim. With an IP67 waterproof certificate to prove that it guaranteed to be completely waterproof the SPLASH DRONE will not take one iota of water damage when you decide to dive and plunge with it. As well as this the SPLASH DRONE has a 4K camera mounted on a 2 axis gimbal meaning that is completely stable and can rotate totally around to film anything you see on your journey. A 15 minute fly time and a 1000 metre flight range give the SPLASH DRONE an impressive set of specifications. It also has a payload release system so you can carry thing and drop them. This would be especially useful for example in a zoo to feed a dangerous animal. If you want a feature rich drone that can fly insane distances then the SPLASH DRONE will answer your call. 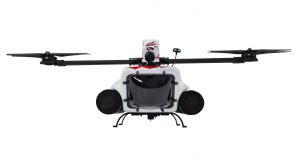 The SARAH20 is a heavyweight drone weighing in at an arm shaking 5 kg. Thanks to a dual battery system, the SARAH20 can fly for about 25 minutes. With a flight range of 1000 metres the SARAH20 can keep going for further and longer than you would ever really need. With a monitor resolution of 1024 x 600 you will be able to see everything the SARAH20 sees with crystal clear clarity. The SARAH20 also comes with space for not one but two cameras! It also allows for the use of a Flir Vue Pro thermal camera too, meaning you can film not just underwater, but in the dark as well! If you want a heavyweight drone that is feature rich and will offer you reliability as well, then the SARAH20 is the drone of choice for you. 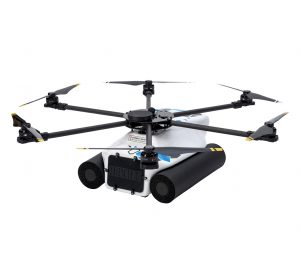 The HexH2O is the heaviest drone on the market. With the ability to carry up to 2kg for a payload, the HexH2O still doesn’t let you down with flight time. Matching the SARAH20 with 25 minutes of flight time, the HexH2O manages to storm out in front of the SARAH20 when it comes to range with an awe inspiring 3000 metres! All of this comes together with a 3 axis gimbal and a 4K camera that records at 30fps. The drone is fully enclosed and waterproof. All in the HexH2O has such ridiculously high specifications that it couldn’t be anything but top of this list. If you are willing to pay a very high price in order to get the highest possible quality then the HexH2O is definitely the drone for you. 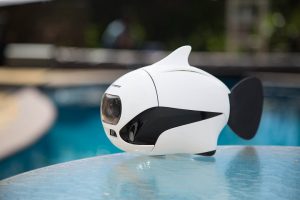 The BIKI doesn’t actually fly in the air, since it’s intended entirely for underwater use. It navigates the waters like a real fish, propelling itself through bionic tail movement. The BIKI comes with a 16MP 4k UHD camera, and two 114 lumen headlights attached. In addition, it comes with 32GB of internal memory storage. With wireless controls, this little fish drone can go 196 feet deep into the water, with an underwater speed of 1.2 MPH. The battery life is also spectacular – lasting between 90 and 120 minutes per charge. That’s up to two hours between charges! The BIKI is a revolutionary new product that allows consumers to capture high quality photographs and videos in spaces that were previously unreachable. There’s currently a KickStarter campaign for the BIKI’s production, which is already significantly exceeded its goal, so it should be available on the market soon. Stay tuned for more updates! 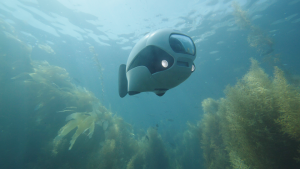 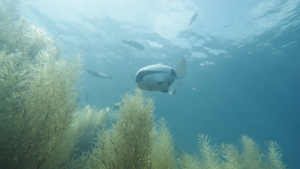 There you have it, an in-depth look at the waterproof drone market, for every budget and every range of quality. While there are others available, they don’t offer the same level of quality and value for money that the ones on this list do. If you think you have seen one that should be on this list, feel free to drop a comment below and let us know!