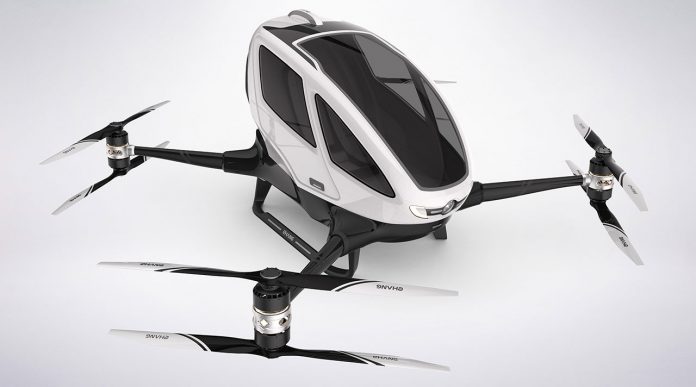 The future has finally arrived. Straight out of a sci-fi film, the drone company Ehang has created the Ehang 184. The Ehang 184 is the world’s first passenger drone, enabling the transportation of people. It differs from an actual helicopter in that it’s shaped like a quadcopter (though it has 8 propellers) and is electrically powered. 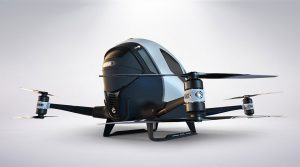 Similar to hobby drones, the passenger drone can take off, land, and fly automatically with a single click. In addition, it includes an automatic safety landing should one of the propellers or motors fail during flight.

Check out this demonstration video from Ehang:


Where consumers will be able to legally fly the Ehang 184, and whether or not a pilot’s license will be required to operate it, is unclear, but will likely vary between countries.